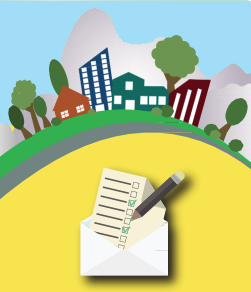 The Census Bureau’s Local Update of Census Addresses (LUCA) program allows city, county, and state government to review and suggest edits to the master residential address list that Census uses to plan and execute their survey work. Of particular importance is the ability for Census to track responses across multiple survey mechanisms (field workers, survey-by-mail, and, this year, online response).

While LUCA participation is optional, many cities and counties plan to participate in the address list review. The closer the Census Bureau’s master database matches the actual addresses on the ground in your community, the better shot you’ve got to be fully counted.

Why? Here’s the big reason to for state and local government to participate in LUCA: Nationally, over $675 billion is distributed annually, using census data as part of the formula, from the federal level back to state and local government. Utah’s annual share alone was $3.25 billion in 2015. Getting Census positioned – with a complete address list – to make a full count of Utah residents helps ensure Utah gets back a proper share or what it pays in.

The decision to participate in the LUCA review is made by your highest elected official (Mayor, Commissioner, etc.) and the registration deadline is December 15th, 2017. The 120 day LUCA review time frame will begin for each jurisdiction in or after February 2018.

While limited paper and spreadsheet review options exist, the main vehicle for the LUCA review is via a GIS platform. To review and edit the address list, LUCA participants can use either the QGIS-based application Census provides (called GUPS), or other GIS software, such as ArcGIS Desktop or ArcGIS Pro, that will produce an output shapefile that adheres to the rigid data content/formal specification for LUCA.

Other: In addition to the LUCA program, Census will operate a new construction program, coordinate with USPS to receive new ‘street delivery’ mail addresses, and will conduct targeted ‘address canvasing’ field work.

Our primary recommendation is for cities and counties to collaborate to improve their own address lists (and GIS coordinates for address locations) prior to embarking on the LUCA review. See Prioritizing and Process Design discussions below.

LUCA is all about improving the Census Bureau’s master address file. But, given the state has over 1.1 million addresses and the LUCA review window is 120 days long, reviewing every address would entail reviewing 10,000 addresses per day during that period. The Census master address file contains, in theory, all of the addresses successfully surveyed during the 2010 census. Additionally, Census has stated that their partnership with the US Postal Service means that they have all of the locations that currently receive street delivery style mail (think traditional mailboxes filled daily by a letter carrier).

For these reasons, we encourage participants to focus on these types of addresses.

One of the keys to understanding the LUCA process, and to keeping your organization out of trouble, is to remember that, within LUCA, data can only flow one way – to the Census Bureau.

And, for these reasons, you should design your process to improve your local address data first, ideally in GIS format. Then, when you’re done creating and improving your own data, start the comparison and submission process that is specific to LUCA. Address data created outside of the LUCA review has fantastically broad benefit. But, if you create an address point within LUCA, it can only be used by the Census Bureau. 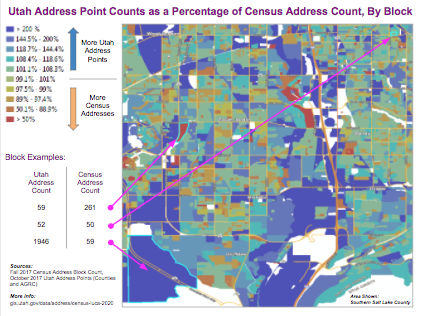