For those of us not in the GIS field at the time, 1991 was a significant year in Utah and beyond…

In March of 1991, Governor Norman Bangerter signed into law Senate Bill 21, sponsored by Senator Dixie Leavitt. That was 25 years ago this Spring and, nationally, it was one of the, if not the first, instances of GIS being codified into state statute.

At the time, GIS had received significant attention as a result of the political redistricting effort soon underway, and the need that had arisen for systematic study and planning for natural hazards, such as earthquakes. Seven unsuccessful bills were introduced on natural hazards the previous legislative session, resulting in a mandate to study, among other things, state GIS capabilities during the 1990 legislative interim meetings. SB21, subtitled the “Geographic Information Systems Data Sharing and Conformity Bill” was a product of work performed by members and staffers of the State and Local Affairs Interim Committee. More info

SB21 created, in statute, Utah’s State Geographic Information Database, and tasked UGRC with the responsibility for running the central data repository and clearinghouse for all public GIS data created or acquired by state agencies. Senator Leavitt’s bill also called upon UGRC to establish data standards and provide access and services to GIS users across Utah. Much of the original language remains in place in 63F-1-S507.

In many ways, the SGID is a forerunner for current data sharing initiatives promoted under the ‘open data’ banner. The guiding principles behind the SGID back in 1991, seem just as applicable to ‘open data’ today:

Just for fun, here are a few of the other noteworthy 1991 GIS milestones that are also celebrating their 25th anniversary this year:

Commemorative ‘SGID 25 Years’ stickers are available in limited quantity. One size fits all SGID data stewards and SGID data users alike. Get yours from an UGRC staffer at your next opportunity. 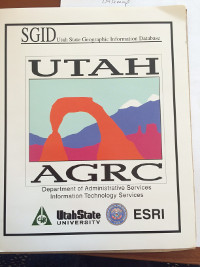 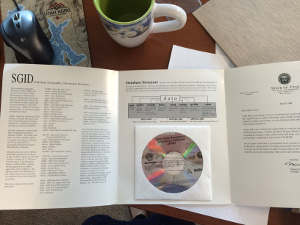 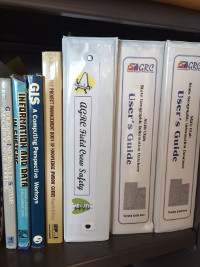