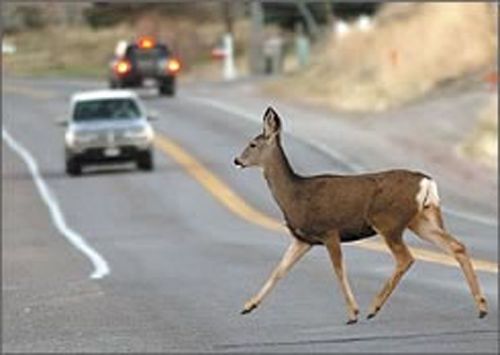 Scott Davis, UGRC Developer recently presented at the 2012 ESRI Developer's Summit an a newly released application to help UDOT and the State Division of Wildlife Resources track wildlife-vehicle events (politically palatable term for "roadkill"). Last year a graduate student approached UDOT with an idea to better track wildlife-vehicle collisions across the state.  After further investigation, it was decided that UGRC was best positioned to develop this application by leveraging GIS and mobile.

Mobile and maps. No big deal, right?  But, two factors made this project unique.  Build an app that:

It could have been easy to develop separate native apps for, say, iOS or Droid to collect data without a data connection. But to create an app that does both was new ground for UGRC as well as our customers.  Thanks to Scott Davis and the rest of the UGRC dev team, we now have a light weight mobile application that has streamlined an otherwise manual process.

The ability to capture data in the field without a data connection on a device that simply has browser capabilities - iPhone, iPad, Droid, Blackberry, laptop, etc. - its applications are varied.  Since this application has been introduced, two other similar projects are already on the horizon for UGRC.