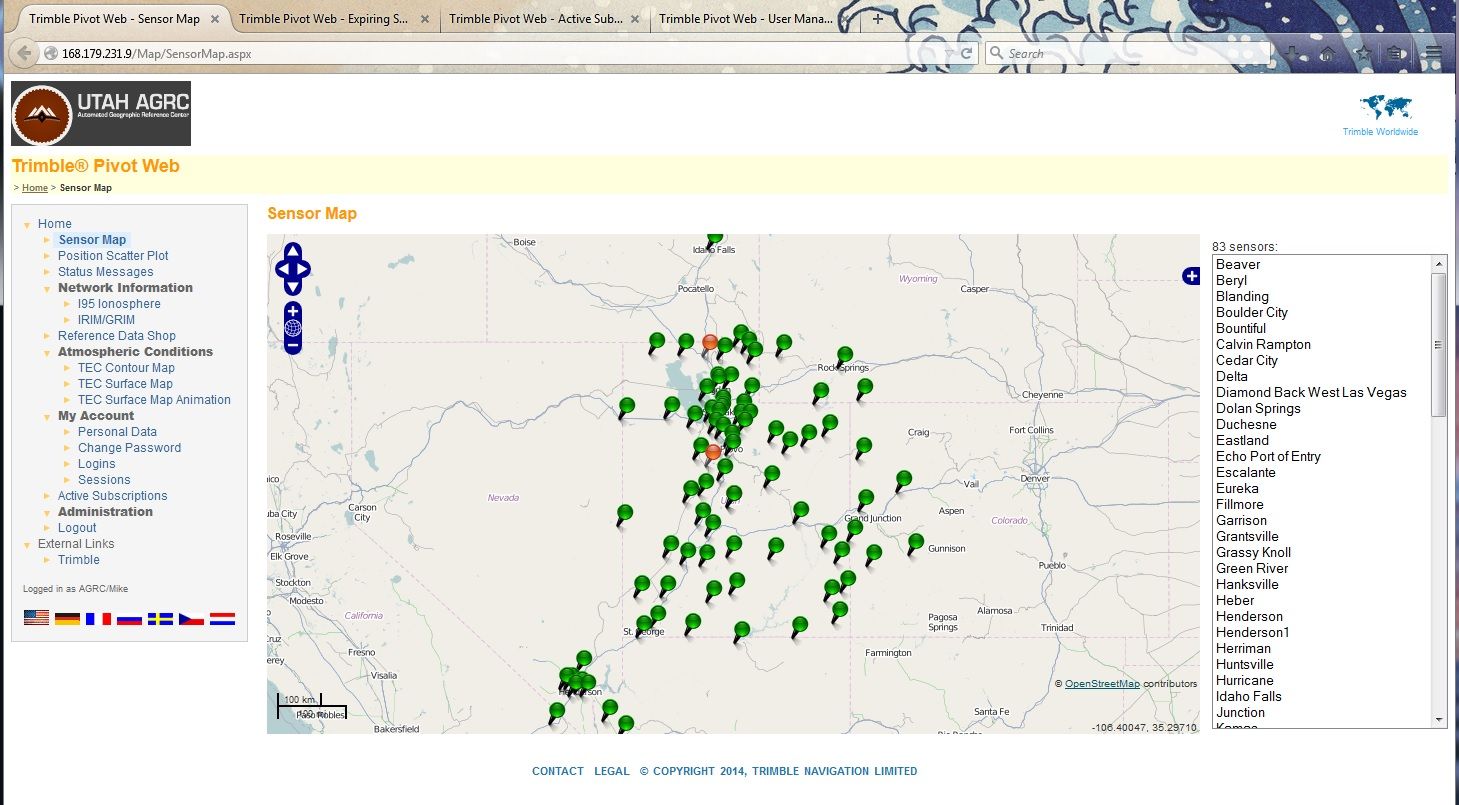 On December 2, 2014 the State of Utah UGRC completed its upgrade of the Trimble Pivot Platform software running the The Utah Reference Network (TURN) GPS.

The Pivot Platform 3.1.5 will improve functionality for system administrators and for monitoring the health of the system.

Pivot is running on a Windows 2008 virtual server. The new 64 bit system provides greatly improved processing capabilities which allows the network to expand its subscriber base, the number of base stations, and to grow other innovative uses of the system.

Please keep in mind that the coordinate frame on the new platform has been updated to North American Datum of 1983, 2011 adjustment published by the National Geodetic Survey (NGS).

New stations have been added at Antelope Island in Davis County and to Beaver in Beaver County. This widens and strengthens the coverage area along the west side of Davis County and the I-15 corridor in the south.

A map showing the station locations and health of the stations can be viewed on the web page here.

There are still 14 stations that are GPS only and we are in the process of changing those out. The other 68 stations throughout the entire network are capable of receiving data from multiple satellite constellations including satellites from the USA GPS system, Russian GLONASS System, European Galileo and the Chinese COMPASS System.

TURN GPS currently has over 350 subscribed users, the number of which is increasing as the word gets out about this valuable resource.

Comments, questions, compliments, or concerns can be directed to Support Desk from DTS at ugrc@utah.gov or 1-800-678-3440, or Mike Heagin from UGRC at mheagin@utah.gov or 385-401-9667, or Sean Fernandez from UGRC at sfernandez@utah.gov