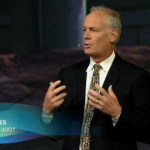 The Utah Department of Transportation was featured during the opening Plenary Session of the ESRI International User Conference on July 23.  For those no familiar, the ESRI User Conference attracts 15,000+ GIS and mapping professionals every year to be part of hundreds of meetings discussing the use of GIS across all enterprises.  ESRI is a primary software company for GIS and has pioneered the industry’s use of technology in mapping and data analysis.

UDOT Planning Director John Thomas and Frank Pisani, the agency's GIS Manager shared with the audience their experience of enhancing their ability to get relevant data in the hands of users at UDOT for planning and operational purposes.  Frank's team is leveraging the online capabilities of ArcGIS Online  for this. 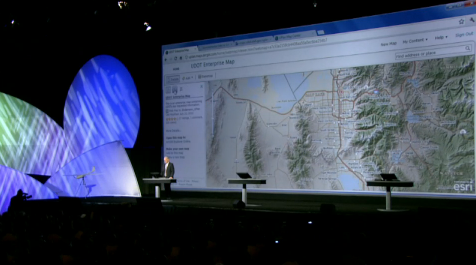 UGRC's proud moment was in the background, the maps UDOT displayed in front of a worldwide crowd  were using UGRC's base map.  A wholehearted congratulations to John and Frank for their achievements, and thanks for recognizing the utility of UGRC's base maps!

The base map even garnered some attention in the twittersphere.

John and Frank were the only featured guests during the opening plenary outside of those by Jack Dangermond, President and CEO of ESRI. Their presentation starts at 50:00: