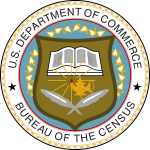 To begin the process, the Census Bureau reviewed Utah's SGID data layers. Regarding the Bureau's findings, their final report stated: “Overall the data from Utah has been an excellent resource, there were very few areas where there were questions and for a statewide coverage that is very good”.

High marks for Utah, and a big thanks to all the Counties for their help in the effort to get these layers up to that level. The only down side was a lack of parcel data in some areas, so this will give Utah something to aim for in the future.

After completing the data review, and checking Utah's data against the Bureau's data for any differences, the Census Bureau returned review questions for UGRC and Utah to answer. UGRC worked with counties to answer the Bureau's questions. Thank you to all who helped with those questions. The Census Bureau also found a couple of areas that Utah needs to improve, so that helped increase the accuracy of the Utah's SGID data, a definite win for all sides.

The idea behind this process is to save time and effort for everyone on the state and federal levels. The Census Bureau works with UGRC (we know the state), we work with the Counties (they know their cities and towns), and the data stays consistent and accurate all the way up to the national level.