The updated Watershed Restoration Initiative (WRI) Application will be adding a Digital Government Achievement Award to its trophy case this month. WRI was one of 3 winners in the 2016 “Driving Digital Government” state government category.

The WRI application, built by a partnership between the Division of Wildlife Resources, the Dept. of Technology Services AppDev team, and UGRC, allows for collaborative project proposals, scheduling, funding, tracking, and mapping across the many participating agencies and levels of government. The WRI App integrates GIS-based digital maps extensively to organize, analyze, and visualize project information. 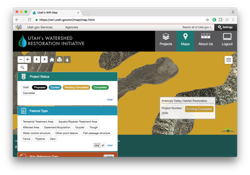 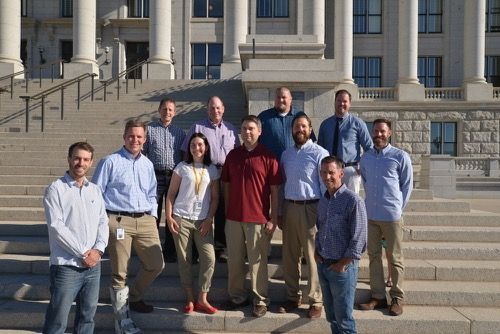 The DGAA award was announced by the Center for Digital Government that, in addition to its overall ‘Best of the Web’ portal awards (Utah was runner up in the portal category this year), recognized 30 websites and applications for excellence, from all levels of government.