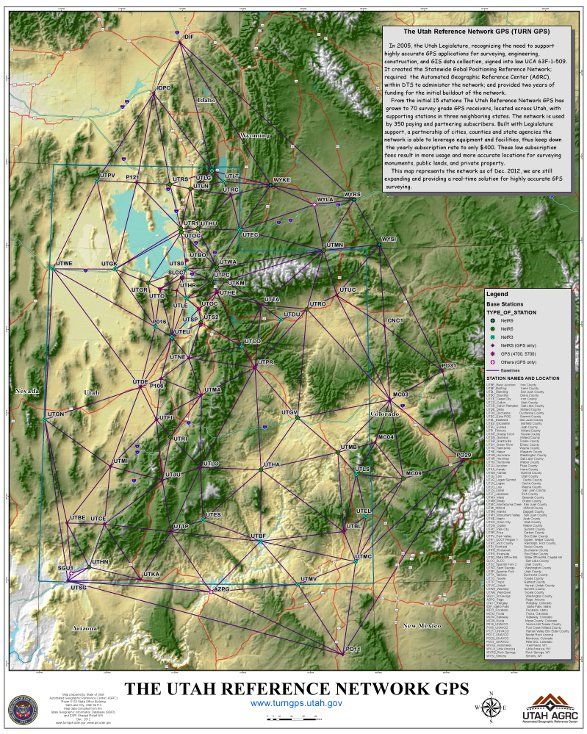 As announced in a previous blogpost, the TURN GPS Network is undergoing a system upgrade and a change in spatial reference from NAD 83 (CORS 96) epoch 2002 to NAD 83 (2011) epoch 2010. We are pleased to announce the new system is up and running and is currently in the testing phase. The two systems are running completely separate and independent of each other to avoid any confusion with the coordinate systems.

This spreadsheet shows the coordinate comparison between NAD 83 (CORS 96) and NAD 83 (2011). You may notice from the data there is no evidence of a consistent shift in a single direction at a set distance which indicates a new site calibration is necessary to use the new system on existing projects.

To view the live sensor map of the network, click here.

If you are interested in registering with the GPS Network, or for instructions on how to access the new system, contactSupport Desk from DTS at ugrc@utah.gov or 1-800-678-3440, or Mike Heagin from UGRC at mheagin@utah.gov or 385-401-9667, or Sean Fernandez from UGRC at sfernandez@utah.gov